Should Charities Invest More in Marketing?

A graphic designer with a passion for working with charities and small businesses. I work with my clients to reformulate design ideas together, so you can count on me to achieve your goal.

Have you noticed that gigantic consumer brands advertise, but the majority of charitable organisations don’t? We see adverts all the time for the latest gadgets, retail lines and latest series on Netflix, yet charitable adverts are very few and far between.

Why do you think that is?

Consumer advertising methods obviously work, so surely these successful campaigns should be a safe bet for charities and non-profits? While this logic makes sense, we do have to look at why charities don’t tend to invest in marketing, as well as if they should, to understand it more.

Why Charities Don’t Invest in Marketing

One of the most obvious reasons why charities don’t invest in marketing is that they don’t have the budget. However, it is the second reason that has the most impact, and that is charities that have the money but are unwilling to put what they do have towards marketing. Why? Because of us.

There is a striking difference to the values that our modern society holds today when compared to a few decades ago. That is, we tend to value private goods, e.g a new car for ourselves, more than public goods, e.g keeping the local community centre running. Again, this goes back to advertising. We are constantly exposed to consumer ads, each building a desire in us that eventually makes these products become a ‘need’ rather than a ‘want.’ Typically, whenever we see charity marketing, it creates a pressure to donate rather than a desire to give, e.g being approached on the street. There is a lack of consistency with charity marketing so this has created an ‘advertising prejudice.’

As there are greater levels of transparency nowadays, primarily with charities having to disclose their spending to the public, there is a greater pressure for budgeting appropriately which has made marketing an area of controversy. Many donors consider paid advertising wasteful and there are those that believe that spending should be on charity services only, or at least a marketing budget should be bare minimum. While there are many that believe this, there are also many that understand the value of marketing, they know that methods need to be tried and tested, and they know that “you need to spend money to make money.”

Why Charities Should Invest in Marketing

The goal of marketing is to raise awareness of the demand of your cause, so the only way you can do that, is to get in front of your audience. Again it goes back to advertising and exposure. If we saw ads in the paper every day for eradicating poverty and curing cancer by research, these causes would start to build a ‘relationship’ with us, which would more likely turn into long term support. Taking natural disasters such as Haiti as another example, if it wasn’t for the news coverage of this, millions of pounds wouldn’t have been donated to this cause. People are willing to give, you just have to ask in the right way.

As mentioned above, charities are afraid that spending on marketing will have a negative effect on potential donors, so there’s only one way to go about this:

Taking a couple of the largest charities in the UK as examples, you can see how their investment into income generating activities such as marketing has contributed to their charity growth. In the last year alone, Cancer Research UK, the British Heart Foundation and Oxfam spent between 9.5-19 billion on these activities, but has this had a negative impact on donations? Put simply, no, it hasn’t. Their investment into marketing has ensured continuous exposure, which in turn has enabled them to become the huge recognisable charities that they are today.

There are so many benefits to marketing, so how can charities expect to grow or take any market share from the for-profit sector if they don’t invest in income generation? Charities need to do as retailers do: test their way into learning what their best marketing strategy is and then when they are sure of the profit, invest, invest, invest! Social media in particular is the ultimate testing ground where you can analyse your audience, plus it is free, so charities need to be utilising these tools to grow.

Only once the public and charities learn that marketing is critical to growing and raising more money for the cause, will the culture of giving change.

Do you need help with your charity marketing?
Do you want to make a bigger impact with your cause?

Fill in the form and we will email you our guide to marketing your charity or organisation. Discover: 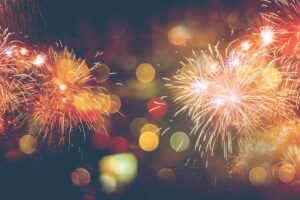 How Charities Can Use New Year to Their Advantage

Did you know that people are interested in volunteering in January more than at any other time of the year? It’s no surprise really, as 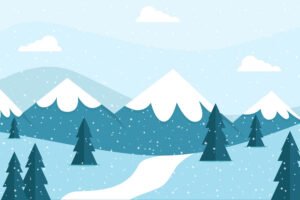 The Summer is an easier time to fundraise for charities, as everyone is keen to get outside and it is the perfect weather for sports 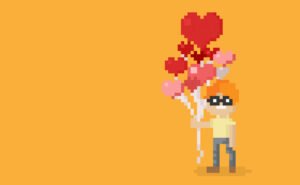 The world of ‘marketing’ is an ever changing animal, as soon as you think you’ve got something correct it all changes and you have to

Did you find that useful?

Take a look at these other posts:

10 Successful Fundraising Ideas for this Autumn

8 Refreshing Fundraising Ideas for the Summer